Scottish Independence, Marxism, the Middle Class, and the Rapture

There is no reason, and the truth is plain to see.

Early one morning
In the middle of the night
Two dead boys came out to fight
A deaf  policeman heard the noise
And came out to shoot the two dead boys
If you don’t believe my story is true
Ask the blind man; he saw it too

How would you like to have had to learn that one at those ages?  How safe and secure and open to learning would that have made you feel? 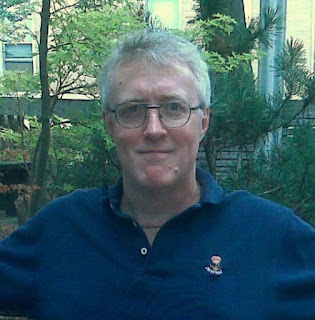 In an interview by Suzi Weissman for Jacobin Radio of David Graeber about his most recent book, Bullshit Jobs, Graeber critiqued what I have always seen as one of the major shortcomings of Marx and Marxism.  That failing is Marx’s restriction of the definition of what constitutes the proletariat to industrial workers and the corresponding definition of what constitutes “work” to physical production of goods.  That definition has sent many a Marxist theoretician into very ludicrous convolutions of logic.  Not only that, but it has served to divide the actual proletariat against itself and lent rhetorical support to capitalism by that very definition.  It also, as Graeber pointed out, contributes to anti-feminism and toxic masculinity.

As I and others have pointed out, the term “proletariat” derives from the name for the Roman lowest class, the proletarii, which owned little or no property, at least not any kind of surplus property.  In Marxist terms, personal property only but no private property, which would in fact in the last two centuries take in most of the so-called middle class.  So, from now on can we just accept that the term proletariat takes in all those people, instead of doing the neoliberal capitalists’ work for them?

The whole idea of “middle-class” is a fiction meant to convince the upper working class house slaves that their  interests lie with the masters rather than with their fellow slaves toiling in the fields, a pretence to which all too many of them cling, like the ungrateful servant.

I’d like to remind everyone that, with the notable exception of its patriarch, the members of the Manson Family, especially the women, came from this fictional middle class.

Keeping in mind my more pragmatic definition of the word proletariat, let me paraphrase one of my favorite passages from Martin Luther King’s writings.

The proletariat’s great stumbling block in its stride toward freedom is not the Americans for Prosperity or the American Legislative Exchange Council, but the so-called middle class, which is more devoted to order than to justice; which prefers the absence of tension to the presence of justice; which constantly says: “I agree with you in the goal you seek, but I cannot agree with your methods of direct action”; which paternalistically believes it can set the timetable for other’s freedom; which constantly advises the proletariat to wait for a “more convenient season”.  To which I add, “and in doing so ensures its own destruction”.

I finally figured out the meaning of the Parable of the Talents in the Gospel of Matthew.  A rich man going away gives three servants different amounts of talents—talent being a measure of currency in the first century—the first five, the second three, and the third just one.  The first two invest and profit, the third hides his portion in order not to lose it.  For this, the third has the one talent taken from his and he is cast out.

This parable is certainly not a defence of capitalism, which would not exist for another millennium or fifteen hundred years, depending on whether you date capitalism from the development of the finance system still used by the world’s banks during the Crusades or the sale of the first stocks at the dawn of the so-called Age of Exploration.  The two servants who sell and make a profit in this story are just stick figures.

The focus of the parable is on the last servant, the one who fears his master will be angry if he loses his portion and therefore buries it.  The story is not about profit.  The story is about the consequences of not acting in defense of our fellow humans in hopes of maintaining that which we have been given rather earned and do not necessarily deserve.  Like the so-called middle class, also known as the house slaves of capitalism or the upper working class, all too often does with respect to the proletariat.

Remember Noami Shulman’s words from Novermber 2016:  “Nice people make the best Nazis.  My mother spent her childhood in Nazi Germany surrounded by nice people who refused to make waves; who looked the other way and focused on happier things than ‘politics’ when things got ugly.  They were lovely, kind people who turned their heads as their neighbors were dragged away.”  Don’t forget to step up, to resist; the life you save may be your own.

Thoughts of suicide can inspire creative solutions, but if the danger to oneself from oneself is a very real threat and not just a mere bluff.  One’s will to survive must be stronger than both one’s desire to live and one’s fear of death.  A hunger strike, for instance, is not about surrender but about resistance.  In some cases, not committing suicide out of a fear of death is as much of a cop out as committing suicide out of a fear of life.

To an insecure person, asking what another needs or wants rather than telling them what they should do, and forcing them to do it heedless of whether it is the correct path, is a sign of weakness, and by following this line of thought, they turn themselves into a monster preying upon a victim.

If the eschatological fantasies of Christian evangelicals were true and the Rapture which they for which they hope so they can go to heaven without the transition of death out of their fear and lack of faith, not accepting that they have to die in order to live, that nirvana is samsara, and that damnation comes before salvation, I’d have to say, Sorry, Jesus, my friend, but if you take all of these, there will be no one to suffer with those left behind, and besides, I’d rather laugh with the righteous sinners than sing with the sanctimonious saints.  I want to care like a demon and fight like the devil.

Jesus, looking at me, winked with a smile, and told me that removing all of these smug, self-righteous, priggish little shits who cling in vain to their surety and their wealth for security as both weapon and shield against the Other from the backs of those upon whom they look down was succour for the suffering of their victims.  Fuck ‘em if they can’t take a joke, he said behind his red mask as he took them away to the sanctuary of a solitary confinement where they will be just as safe from all that they fear and loathe as were the guests in Prince Prospero’s abbey.  If they miss the punchline, he concluded, fuck them all.

Suddenly, Jesus stopped and turned back, saying, And Another Thing...since Make America Gay Again and #LuciferSaved trended on Twitter the same day, 15 June, henceforth world without end let that day be observed as Save Lucifer Day.  Or maybe I should say Save Me, or rather Save Us, Day, since he and I, Lucifer and Jesus, are the same person, melded together in an alloy like white gold, except that in an alloy two separate metals unite to become one while he and I have never been anything but.

I am a Terran, a citizen of Earth.  The whole world is my home, and all its people my brothers, sisters, and cousins, regardless of organic or synthetic origin.  Like our distant cousins on other planets across space and throughout time, we are all children of the universe.  On Earth, there is but one race, the human race.  So say we all.