ATTENTION: If you have not seen the two broadcast TV series at least once, STOP reading now; there are spoilers.

ALERT: If you have seen this before, please note changes.  After watching some of the deleted scenes, I have decided they should be included here because most of them are helpful to understanding certain points, and some are just interesting, like the incident where Bill Adama and Saul Tigh meet.  For the most part, they are grouped together in sections and I have placed each group after the last episode in the set.  Also, I have "boxed" Dynamite Entertainment's comic series Battlestar Galactia #0-12. 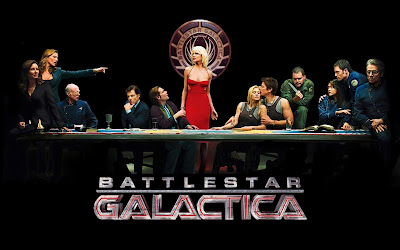 The pilot miniseries for BSG: TRS came out in December 2013 and was followed by the core series in autumn 2004, which finished in spring 2009.  The webiseries and the TV and DVD movies came out during that run.

The prequel Caprica premiered in the fall of 2009 and ran through the spring of 2010, and even though Moore was not directly involved himself, it followed the same TRS/RDM continuity.

The various series of BSG: TRS-related comics, published by Digital Entertainment, began appearing in 2006 and continued through 2009.  The last of these was Battlestar Galactica: The Final Five, the official backstory of the Final Five Cylons.  In 2014, the company published a miniseries on the backstory for Number Six of the Significant Eight Cylons.  Then Dynamite Comics took over and published Battlestar Galactica: Twilight Command in 2019.

Entries below in standard font are video, while those in italics are graphic. 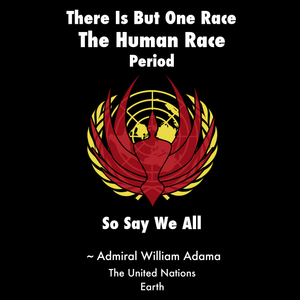 The Story of the Thirteenth Tribe

Note: The role of Samuel Anders in issue #3, which takes place on Earth, conflicts significantly with the version of events told in the TV series.

Ronald D. Moore has no direct involvment with this series; however, nearly all of the show’s producion crew were veterans of BSG:TRS.  In addition, at least two of the actors in RDM productions of BSG crossed over to Caprica: Carmen Moore, who played Fidelia Faezekas, earlier played Nina Leothe on Blood and Chrome and a priestess on New Caprica (uncredited) in the webseries The Resistance; and Lucianna Caro, who played Kat on BSG:TRS also played Priyah Magnus in Caprica. 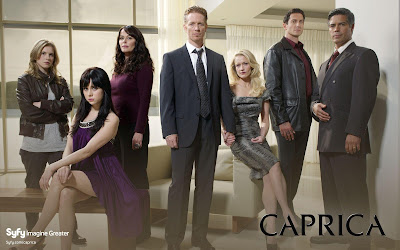 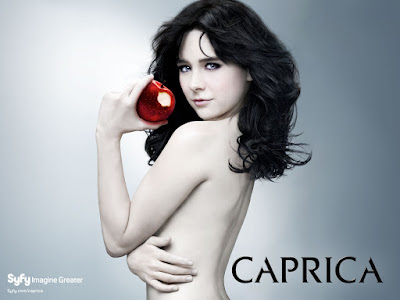 This season was, of course, never broadcast or even filmed, but the epilogue “The Shape of Things to Come” inserted at the end of “Apotheosis” provided a brief synopsis of what could have been.  In an April 2011 interview, however, showrunner Kevin Murphy laid out some details of an outline of the series had there been an actual Season 2.  Like the epilogue, the season would have taken place five years after the end of Season 1.

By the beginning of Season 2, Zoe-A (avatar Zoe Graystone) has a cybernetic body, becoming the first post-Thirteenth Tribe skinjob in addition to being the first Cylon in the Twelve Colonies.  In flashbacks, it would be revealed that she encountered Galen Tyrol fishing in a pond in one of the V-worlds, and that after she explained who she was and the problems her parents were having with providing her a body, he gave her a fishing lure, which turned out to be the piece of code they were missing.

Although Murphy did not say so, it is highly likely that the other Avenging Angel, Tamara Adama, would likewise have received a skinjob body for reasons that will be clear below.  The reason no one from the BSG:TRS era knows about skinjobs before the Fall of the Twelve Colonies despite the presence of skinjob Zoe-A (and, presumbably, Tamara-A) was that her/their existence remains a tightly guarded secret that is never made public, known only to the Graystones and Jordan Duram and themselves.

The Global Defense Department agent Jordan Duram, who was Amanda Graystone’s handler as a confidential informant, survives his attempted assassination.  Leaving the GDD, he becomes the head of a group called the Caprica Legionnaires, dedicated to crushing the Cylons before they become a threat to their human masters.  Learning of Zoe-A’s nature, Duram keeps her secret on the condition she join his unit.

Lacy Rand heads the Monad Church with Odin Sinclair as her deputy, and uses the U-87 model Cylons loyal to her to keep the peace on Gemenon.

Clarice Willow is a wanted terrorist, a Cylon rights activist, and head of a church for Cylons in V-world where they can go when they are powered down.

Mother, the former head of the Monad Church, wants back in power.  Daniel Graystone, worried about the threat on Gemenon from Lacy and Clarise, reluctantly sides with her.  This causes friction with Zoe-A, who still considers Lacy her best friend.

With all of this going on, it is easy to see how the First Cylon War broke out within a few years.

Joseph Adama carries on an affair with Fidelia Fazekas, head of the Ha’la’tha. 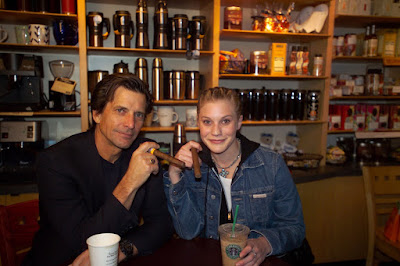 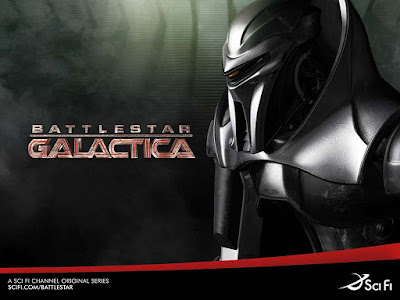 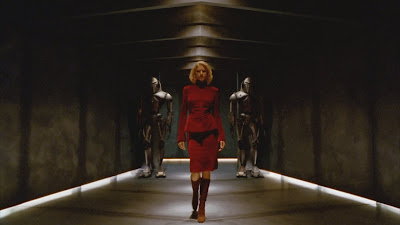 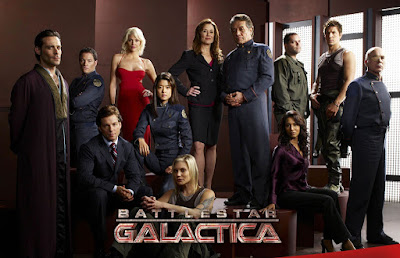 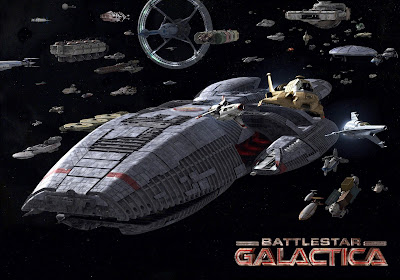 Note: The comic series Battlestar Galactica #0-12 takes place between “Home” and “Final Cut”, but since it diverges so widely from the Season 2 timeline, the overall continuity of BSG:TRS, and the Caprica showrunners’ plans to have Number Eight based on Tamara Adama, I’ve boxed it, so to speak.  Especially since it also conflicts with some of the reveals in Seasons 3 and 4.  But it is a good read nonetheless.

MAJOR SPOILER ALERT: The Plan is a retelling of the events in Seasons 1 and 2 up to the airlocking of the two Numbers Ones on Galactica from a Cylon point-of-view.  If you have not already watched the series all the way through at least once, DO NOT watch The Plan until the end of the series as there are elements that will seriously spoil surprises in the last two seasons. 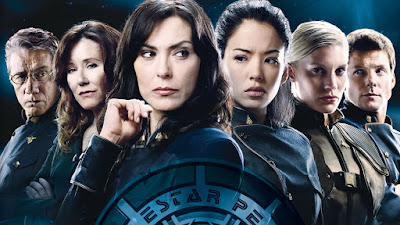 We know from Season 4’s “No Exit” (Episode 15) and from Battlestar Galactic: The Final Five #4 that Number One was patterned after Ellen Tigh’s father on Earth, John Cavil (who was originally from Kobol), so when Cavil fraks Ellen on New Caprica, he’s not only frakking one of his mothers but his daughter.  Although in the latter case, he may not have been aware, and since she had not yet resurrected and thereby recovered her lost memories, neither did she. 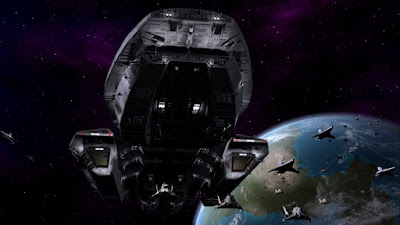 Note: Even though The Face of the Enemy was published on the web between “Revelations” and “Sometimes a Great Notion”, the action takes place in between the latter and “A Disquiet Follows My Soul”. 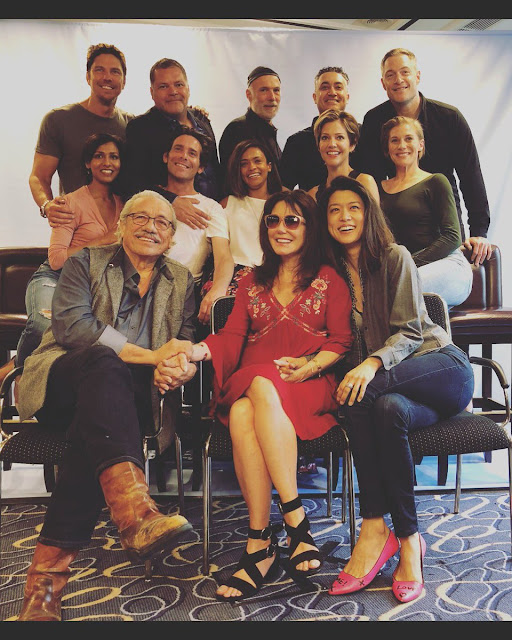