Yes We Can (Hope and Change Obama-style) 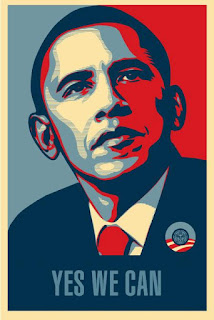 …throw down thunder, lightning, and hail upon Wall Street in public then behind close doors tell them we have their backs in the face of massive public outrage over the stock market crashes beginning in late 2007 and the Great Recession (that is still ongoing) and that while it would be good if they were nicer, we will do nothing mandatory to prevent it from happening again

…keep Gitmo open for the entire eight years of the administration

…dither over Syria until the situation is beyond hope

…increase Russia’s influence in Southwest Asia by abdicating our role

…do absolutely nothing about immigration reform

…deport 3.2 million persons, more than all the other presidents of the US combined

…repeal more gun control laws than any other administration, thereby putting more firearms in the hands of people willing to use them on other humans

…prosecute and persecute more whistleblowers than any previous administration

…continue kidnapping people and holding them away from human rights monitors in violation of the Constitution, the UN Declaration on Human Rights, and several treaties

…loan at zero interest $7.7 TRILLION to the same American and foreign financial institutions which brought on the Great Recession while withholding funds from struggling American families going bankrupt, defaulting on loans, and having their mortgages foreclosed.

…end net neutrality and destroy the Internet as we know it

…assassinate more people with drones than ever before.

…repeal the law forbidding the administration and the federal government from propagandizing American citizens with deliberately false information.

…authorize over $1 trillion to upgrade and expand our nuclear arsenal

…sign into law a bill allowing for the propagandizing of American citizens by U.S.G. intelligence agencies

…create what is in effect a Department of Truth

…engage in war every single day of the administration, spreading to a total of seven countries

…increase the number of bombs dropped on those seven countries every year until surpassing 26,000 for 2016

…state that American exceptionalism is official policy of the US government

…give away $38 billion to the most ethnocratic, sectarian, genocidal state in the world today

…push the TPP (Trans Pacific Pact), the TTIP (Transatlantic Trade and Investment Partnership), and the TISA (Trade In Services Agreement), despite how badly the NAFTA (North American Free Trade Agreement) negotiated by Bush I and signed by Bill Clinton have hurt manufacturing and workers in this country

…do nothing for Afro-Americans but instead throw up roadblocks to groups such as Black Lives Matter, and always take the side of law enforcement in shooting cases

…leave office with the strongest, and most regressive and reactionary Republican Party since the Roaring ‘20s, in control of the presidency, both houses of Congress, and the overwhelming majority of state legislatures

…pull down $400,000 for each speech to the same lords of Wall Street whom we never held accountable for the massive damage they did to the American and world economies after we leave office.

Posted by Chuck Hamilton at 12:43 No comments: Links to this post 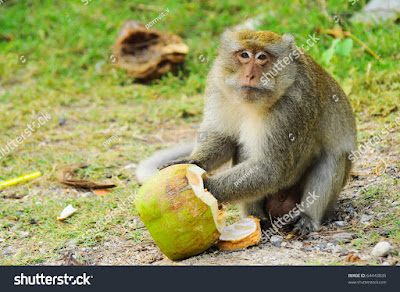 Welcome to another trip down the rabbit hole from your clever commie cunt in Chattanooga, Tennessee, in Neverland, author of the blog Notes from the Ninth Circle; just call me Chuck.  And, yes, that is a reference to Dante; the name Hell’s Half Acre was already taken when I began the blog in 2011.

When I saw the theme of this podcast, “The Gift”, the first thing I thought of was the Season 5 finale of the TV show Buffy the Vampire Slayer, because that is the episode’s name.  It’s related to n an episode earlier that season called “Intervention” in which Buffy goes on a vision quest in the desert and meets the First Slayer, who tells her, “Death is your gift”.  As in, “Yea, though I walk through the valley of the shadow of death, I will fear no evil…for I am Death, destroyer of worlds and slayer of men”.  Or, in Buffy’s case, vampires.

The first time I heard the story of the Monkey Trap was when I read Zen and the Art of Motorcycle Maintenance when I was at uni.  A hunter cuts a hole in a coconut shell just big enough for a monkey’s hand to fit in.  Inside the coconut shell, the hunter places some sort of food like a piece of fruit.  The monkey comes along puts its hand inside, grabs the fruit, but can’t get its hand out holding its prize.  Thus it is trapped by its unwillingness to recognize that it cannot both have and hold at the same time, that it cannot have its fruit and eat it too.  Its perceived bounty, or privilege in some cases, is that which condemns it to the stew pot, or, worse, to those tables with the little round hole in the top when the halves slide together.  In other tellings of the story, the monkey holds onto the fruit until it dies, clinging to the food that cannot be eaten until it starves to death.

While the story of the monkey trap is frequently used these days by self-help motivational speakers, the same principle can be applied to groups, movements, and parties.  At this point, I specifically mean socialists and other leftists.  Comrades, the Russian Revolution is our fruit inside the coconut.  The October Revolution itself was socialist, but what came after was most definitely not.

In her critique of the Bolsheviks called The Russian Revolution, Rosa Luxemberg makes a statement in Chapter 6 that sums up the entire work:  “Socialist Democracy does not come as some kind of Christmas present for the worthy people who have loyally supported a handful of socialist dictators”.  After the Bolsheviks took power, all they did vis-à-vis the Russian people was to trade one one tyrant three thousand miles away, in social heirarchy if not in actual physical distance, for three thousand tyrants one mile away, figuratively speaking again.  Three thousands tyrants following the dictates of a committee of just twenty.

Believe it or not, one self-proclaimed socialist tried to tell me that Luxemberg actually praised Lenin and Trotsky and the rest in her critique; I don’t think they understood that that praise was that of Mark Anthony for Brutus.

Comrades, we socialists need to follow the examples of Luxemberg, Maclean, Debs, Goldman, and others contemporary to that time and let go of the delusion that the Bolshevik leaders, all of them, established anything remotely resembling socialism or building a path toward it.  Under Stalin, it was not a “failed workers state” because it had never been anything of the kind.  To those who prefer to lay all the blame at Stalin’s feet for what the Soviet Union became, and he does have the lion’s share of blame, I remind you that the very structures of which he took advantage were those put in place by Lenin, Trotsky, Zinoviev, and the rest.

And I mean all the Bolshevik leaders; Lenin aborted the existent socialism in Russia to establish state capitalism on the excuse that having socialism that early would violate the protocol of a hypothesis first expounded by Engels and expanded upon by himself.  That is as absurd an action as when the Communist Party of the Philippines ordered its newly-established New Peoples Army from its homebase in the province of Pampanga in Central Luzon where all its members spoke the local language, Kapampangan, to Cagayan Valley in the northeasternmost province of the island of Luzon, where the local language was Ibaneg.  Their rationale?  To imitate Mao’s Long March, since the party has recently adopted Maoism as its ideology.

As long as socialists hold onto the idea that the Bolsheviks were genuinely socialist, capitalists are going to have the coconut our hand is stuck in to beat us over the head with.  Or to simply let us starve to death in obscurity.  The Bolsheviks were nothing more than slaves who dreamed of becoming masters and then did.

On another topic, let’s talk about voting.  Specifically here in Neverland, but the same principle applies everywhere.  Way too many people after the November 2016 election claimed that “Donald Trump is not my President”.  Well, tough fucking shit.  He is.  Get the fuck over it.  Voting is a social contract that implies giving one’s consent that whomever wins the election by the rules laid out at the time is the winner, provided the election is fair.  If you participate by voting, you necessarily consent to the election of the winner.  Otherwise, your vote is morally invalid.  That doesn’t mean you can’t protest if the winner is a racist, misogynist, bigoted, greedy, selfish, narcissistic asshole.  But what it does mean is that everyone who voted for someone other than Trump as well as those who voted for him consented to his election.

So stop throwing stones at Trump supporters in general; many voted for him simply because his major opponent had less than nothing to offer and in many cases did not even bother to ask for their vote.  Commenting on the Obama presidency someone stated that “American liberals would rather have someone who makes them feel good about themselves than someone who actually does good”.  Which is certainly true, seeing the way too many people cling to the Democratic Party as the “only viable progressive option” to the Republicans, the lesser of two evils.  But sugar on shit don’t make it a brownie.  Nonsocialist progressives need to let go of the fruit in their own coconut.

And that is why so many people voted for Donald Trump; he made them feel good about themselves, even if they had misgivings about some of his other rhetoric.  That is something that calling Trump supporters “deplorables”, Bernie supporters “basement dwellers”, and Black Lives Matter activists “not important” most certainly did not do for Clinton.

On the Electoral College, I would point out that it did precisely what it was designed to do; stop a candidate from winning by campaigning in just the states with the largest, most concentrated populations.  Imagine if the UK had a nationally elected president and a candidate standing for that office could win simply by campaigning almost exclusively in London and Manchester, Glasgow and Edinburgh, Belfast and Derry, Cardiff and Swansea.  Clinton tried to win by campaigning on the eastern and western coasts, ignoring the heartland almost entirely.

Those casting stones at George Bush and Hillary Clinton for being warmongers need to remember that Barack Obama signed the National Defense Authorization Act containing a provision allowing the indefinite administrative detention (a la Israel) of American citizens without charge in order to continue the wars in Afghanistan, Iraq, etc., dropping 26,000 bombs a years on seven countries, and keeping up drone strikes on “anyone, anywhere on Earth, at any time, for secret reasons based on secret evidence in a secret process undertaken by unidentified officials” (Rosa Brooks).  Obama also initiated the upsurge in expulsions of illegal immigrants, asylum seekers, and refugees that Trump had so greatly expanded.  Just as Stalin couldn’t have been Stalin without Lenin, Trotsky, Zinoviev, and the rest, Trump couldn’t be Trump without Obama; in this, at least, he is following in the footsteps of his predecessor.

Finally, I want to add a few comments of my own on the masculinists in the nationalist and, yes, socialist and progessive, movements in Scotland.  The masculinist, or “men’s rights”, movement in America is the breeding ground from which the alt-right movement sprang.  The tiki torch Nazis in Charlottesville?  Those kind of people came from there.  If that is the company you want to be inyou should start calling yourselves Friends of Trump.  Or you can wake up to the fact that the same system which has created the conditions which make you feel oppressed is oppressing your female fellow humans even more, and turn your anger there.  Let go of the fruit in the coconut.

Our day will come, inshallah.  Keep the faith.  Peace out.

Posted by Chuck Hamilton at 21:20 No comments: Links to this post