Yes, the title is a reference to Joss Wheddon’s space western Firefly.

Under Ireland's 2009 Defamation Act, “A person who publishes or utters blasphemous matter shall be guilty of an offence and shall be liable upon conviction on indictment to a fine not exceeding €25,000.”  Seriously, Dail Eireann, what the fuck?  Have you even HEARD of the 21st century?  And if there were a God or Gods, he/she/it/they sure as hell wouldn’t need you to stick up for him/her/it/them.

“Man is an animal,” wrote anthropologist Clifford Geertz, “suspended in a web of significance he himself has spun”. 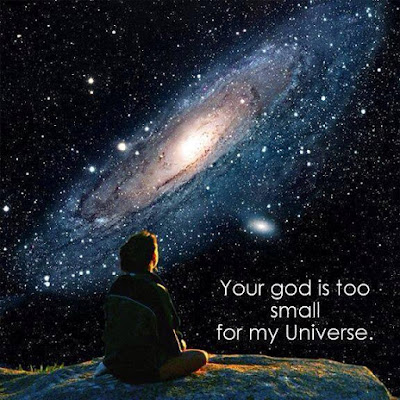 On Planet Terra (Earth) of the Solar Planetary System in Orion’s Spur of the Milky Way Galaxy in the Local Galaxy Group of the Virgo Galaxy Cluster in the Laniakea Supercluster of the Universe, during the Anthropocene Chron of the Subtlantic Stage of the Holocene Epoch of the Quartenary Period in the Cenozoic Era of the Phanerozoic Eon of the Current Supereon in Galactic Year (GY) 20, Jews believe that Adonai speaks Hebrew, Muslims that Allah speaks Arabic, American evangelicals that Almighty God speaks Elizabethan English, Roman Catholics that Dominus Dei speaks Latin, Eastern Orthodox that Kyrios speaks Greek, Hindus that Brahman speaks Sanskrit, Zoroastrians that Ormazd speaks Avestan, Buddhists that Adibuddha speaks Pali, Shintoists that Amaterasu speaks Japanese, religious Daoists that Tai Di speaks Mandarin Chinese, and Sikhs that Vahiguru speaks Punjabi.

Each of these groups, and each subgroup and splinter and cult and sect within each of them, believes they are the Chosen People from which will come the Anointed One to assert their rightful dominion over all Creation for all Eternity.

That belief is absurd.  In fact, all “belief” is absurd.

To believe is to define.  To define is to limit.  To limit is to control.  To control is to corrupt.

Belief is not humble; it is aggressive.  Belief is not a sign of submission; it is an assertion of domination.  Belief makes itself superior to that in which it claims to believe by controlling it through the very act of belief.  Thus, belief is blasphemy.  Belief is vanity.  Belief is futility.  Belief is the very antithesis of faith.  At the opposite end, disbelief affirms belief by that very negation, which is another attempt at control.

There is no Higher Power in the ‘Verse, no Supreme Being, no Divine Creator-Redeemer- Transformer, especially not an anthropomorphic and anthropopathic God such as humans repeatedly create in their own image with whom to have an illusory personal relationship, an illusion of an illusion with an illusion.

Every form of Ultimate Reality conceived and believed by human religion and philosophy, each of which is geocentric and anthropofocal, is too small for our Universe.  Even in the very rare instances in which humans have perceived an Ultimate Reality as something genuinely Other, they have then proceeded to append to that insight intermediary realities to connect it to our own in order to believe, define, limit, and control, reducing fairly advanced intellectual and spiritual concepts to mere ideological dogma.  As the Hymn of Creation in the Rig Veda admits, “The gods themselves are later than creation”.

To state categorically that there is absolutely nothing beyond what we can see with our five physical senses, however, is as unscientific as religion.  For all we know, that Something may be so far outside our ken that it is as invisible to us as the tall sailing ships of invading Europeans initially were to the native peoples of the Western Hemisphere whom their passengers were about to conquer, kill, rape, and plunder.

In Somerset Maughm’s The Razor’s Edge, protagonist Larry Darrell said, “A God that can be understood is no God”.

So, if there is Something that was before all Time, is now, and will be even after the end of Time, with Time here being defined as the lifespan of the current universe, it is beyond personhood, beyond being, beyond effability.

If there is Something, it produces yet claims no possession; it redeems yet requires no gratitude; it sustains yet exercises no authority.  It has no need of obedience, worship, prayer, praise, adoration, supplication, benediction, love, or even respect.  It just is.

If there is Something, it is both perpetual and ever-changing, flowing through and animating all that is throughout spacetime and beyond, transcendent yet immanent, metacosmic yet omnipresent, eternal yet omnitemporal.

If there is Something, it has no name.  It has no need of a name.  Since it is the one and only Something, there is no other Something from which it needs distinguish itself.

If there is Something, it is the Source of all that is, the Course shaping its formation, and the Force energizing its manifestation.  From our perspective, these are different things, but in reality they are One.

If there is Something, it is neither male nor female.  It does not take sides, nor have sides.  From it emanate both light and dark, good and evil, order and chaos, yin and yang, life and death, integrity and entropy, creation and destruction, everything and nothing.  Each of those antitheses is defined by its opposite.  Without their counterpoints, none of them can exist, and the fact that those opposites exist in competition with each other is what give us choice, the choice which is the definition of freedom.  And without death, life has no meaning.

The essence of life, of all existence, is change and evolution.  The nature of time is this: The future has already happened and the past is yet to be, and the moment where we are now is the beginning, and the end, and every moment in between.

Tune in next time for, “The Meaning of Life, Part 3: No Gods, No Masters”. 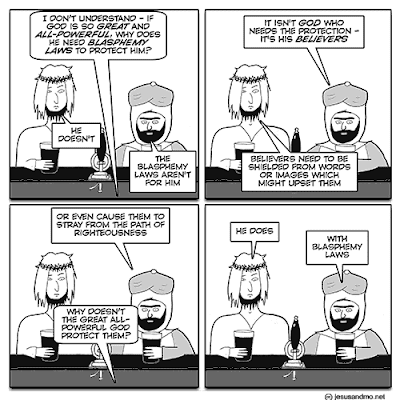 Posted by Chuck Hamilton at 02:20 No comments: Links to this post

Since Facebook is blocking this story from the Center for Human Rights in Iran for the second day in a row, I am copying it to my blog and posting it from there. 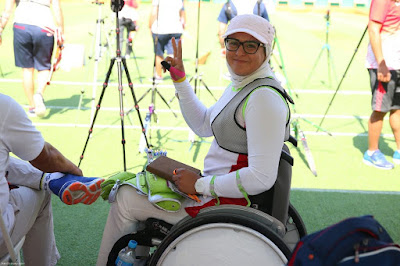 For the second time, Iranian authorities have allowed two-time Iranian Paralympic gold medalist Zahra Nemati to travel abroad to compete despite her estranged husband’s attempts to force her to stay home.
According to Article 18 of Iran’s Passport Law, a married woman needs her husband’s permission to travel abroad.
“You cannot do something for selfish reasons to endanger the interests of the nation,” said Nemati in an interview with the Center for Human Rights in Iran (CHRI) on May 8, 2017. “When I travel to other countries, I am representing the disabled women of my country and I bring home medals.”
“My husband’s wish certainly won’t affect me because I don’t travel for personal reasons,” she added. “It’s for a goal higher than a couple’s marital issues.”
On May 8, 2017, Nemati’s husband Roham Shahabipour told the semi-official Iranian Students News Agency (ISNA) that he had asked the Passport Office not to issue an exit visa to Nemati after she asked for a divorce.
“After the Paralympic Olympics in Rio, Zahra left the house for some reason and has refused to come back home despite many appeals,” said Shahabipour. “She has even asked for a divorce, so I banned her from traveling so she won’t be able to compete in any tournaments abroad.”
Nemati, who won the gold medal in women’s archery at the London (2012) and Rio (2016) Paralympics, told CHRI that her husband had also attempted to force her to stay home before the Rio games, but the authorities allowed her to travel for competitions, including to an event in Switzerland in March 2017.
“My husband unfortunately banned me from traveling before the Rio games and I was very demoralized when I got there. I didn’t say anything because I don’t like to talk about my personal life,” she said. “Of course, Mr. Shahabipour can say anything he wants, but I can only hope that future decisions by the authorities will not be influenced by his words.”
At the 2016 Rio Olympics, Nemati became the second woman after Iran’s 1979 revolution to lead the Iranian team at the Olympics’ opening ceremony.
In 2015, Niloufar Ardalan, the captain of Iran’s women’s national futsal team, was issued a special permit by Iran’s judiciary to compete in the Asian championships in Malaysia despite her husband’s attempts to make her stay home.
“I’m not going abroad for fun,” Ardalan tweeted in May 2015. “My goal is to bring home glory for my national flag and my country. I’m a woman and a mother and I won’t forego my rights for being either one.”

Posted by Chuck Hamilton at 13:38 No comments: Links to this post