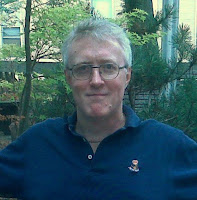 Recently Bernie Sanders said in an interview, “I am not a great fan of being rude and disturbing things.”  I immediately thought of Martin Luther King saying, “I think that we’ve got to see that a riot is the language of the unheard.”

In the Kansas Democratic primary this year, Bernie Sanders backed Brent Welder over the winner, Sharice Davids, a member of the Ho-Chunk Nation.  In terms of political ideology, it made sense because Welder’s expressed positions line up more with Bernie’s than did those of Davids.  So, fair enough.  Should Davids win, she will be be the first, or one of the first along with Deb Haaland. Native American women in Congress as well as being the first out lesbian.

In New York primaries, however, after personally endorsing Zephyr Teachout for attorney general and Jumaane Williams for lieutenant governor, Bernie failed to to do the same for progressive candidate for governor Cynthia Nixon against a clearly establishment center-right candidate who leans heavily toward the right and opposes most of Bernie’s positions.  This in spite of the fact that Our Revolution, the organization he created after Clinton stole the primary from him in 2016, fully endorsed Nixon.  One wonders what Nixon and Davids have in common that rendered them not worthy in his eyes of a Bernie endorsement.

Perhaps Bernie was following the lead of the New York Times, which also endorsed Teachout and Williams but gave its support to Cuomo, which Bernie’s lack of strong verbal support for Nixon did by default.

I’ve cited this quote before, with slight alteration, from Martin Luther King’s “Letter from a Birmingham Jail”:  ‘I must confess that over the past few years I have been gravely disappointed with the white moderate. I have almost reached the regrettable conclusion that the Negro’s great stumbling block in his stride toward freedom is not the White Citizen's Counciler or the Ku Klux Klanner, but the white moderate, who is more devoted to “order” than to justice; who prefers a negative peace which is the absence of tension to a positive peace which is the presence of justice; who constantly says: “I agree with you in the goal you seek, but I cannot agree with your methods of direct action”; who paternalistically believes he can set the timetable for another man's freedom; who lives by a mythical concept of time and who constantly advises the Negro to wait for a “more convenient season”.  Shallow understanding from people of good will is more frustrating than absolute misunderstanding from people of ill will. Lukewarm acceptance is much more bewildering than outright rejection.’

Both of these statements, incidentally, the one from Dr. King and the one from Minister Shabazz, were written in the same year, 1963.

Jim Crow in America, the system of official racialized apartheid in the American South, started in various forms in the 1870s.  What is not widely known is that there was tremendous resistance among the Afro-American population and their white allies to varying degrees across the South.
However, any hope of a united resistance was crushed by two setbacks in the mid-1890s.  The Plessy v. Ferguson case (1896) in the U.S. Supreme Court that established the doctrine of  “separate but equal” was the second of these, but the first came at the hands of one of their own.

At the international exposition in 1895, Booker T. Washington, head of the Tuskegee Institute and a founder of the National Negro Business League, delivered a speech commonly known as the Atlanta Compromise.  Speaking not only for himself but for Afro-Americans across the South, Washington promised that in return for free basic education, limited to vocational training with no liberal arts teaching, Afro-Americans would not challenge Jim Crow, would not fight the growing disenfrachisement of freedmen and their descendants, and would not retaliate against racist behavior.  This speech coincided with the peak of lynchings of Afro-Americans.

The Atlanta Compromise hung like poisonous smog over the USA for the next 70 years.  Black business leaders and reverends loved it because it allowed them to feel morally upright while betraying their people in order to hold onto their single talent.  White liberals and moderates loved it even more, and showered Washington with money and praise.  Indeed, the speech is what made Booker T. a national celebrity.  A celebrity who was a scalawag, a collaborator.

To give him due credit, he really did strive to uplift Afro-Americans through education, but his capitulation all but killed active resistance to white racism against blacks for decades and surrendered the pride in themselves of Afro-Americans throughout the country until the Civil Rights Movement.  To cite one example, in 1905, there were two major attempts in the cities of Chattanooga and Memphis to launch boycotts of the segregated streetcars.

The moniker Uncle Tom is often used to refer to an Afro-American who capitulates to white racism, either to ingratiate himself with them or to preserve personal gain, but this is a misnomer, because the Uncle Tom in Harriet Tubman’s book was a stand-up guy who was beaten to death for refusing to whip another slave.  For that, the character, even if fictional, should be honored rather than slurred.  All those who refuse to follow orders that are immoral and/or illegal or go along with the crowd headed in the wrong direction should be proud to be called an Uncle Tom.

I propose that as an insult for blacks who collaborate with or capitulate to white racism Uncle Tom be replaced with Booker T.  We should use the same term for anyone who calls themselves a practical, pragmatic, or pro-business progressive to justify their betrayal of working and poor people in the name of grasping their own single talent.

On a related note, we should stop dignifying white racism and xenophobia with the term “white nationalism”.  There is no such fucking thing as a “white nation”, so there is nothing for white xenophobic racist bigots to defend.  Calling them nationalists puts them in the same category as those pushing for independence in Catalonia or the Scottish Nationalist Party.  Call them what they are, white bigots, white racists, white supremacists.

I’ve said several times the past few weeks in comments and posts on Facebook that the people in the global South fleeing war, persecution, famine, criminal gangs, and climate disaster to seek refuge or asylum in the more stable countries of the global North should not be called “migrants” but “refugees”.  Many people on the Left began using the term “migrants” after the Right kept calling them “illegal aliens” or simply “illegals”.  The term “migrants” is actually short for what the Right used to accuse this class of people being, “economic migrants”, when those on the Left called them “refugees”.  By sleight-of-hand, the Right has thus tricked the Left into adopting its language and playing by its rules, and I think it’s way the fuck past time for that to stop.